Welcome to #AdmissionsPros! In this series, top admissions advisors and educational consultants offer their advice and insight on the big picture of elementary, secondary, and graduate school admissions — from extracurriculars, to essays, to, (of course) standardized tests.

Dr. Shirag Shemmassian is the founder of Shemmassian Academic Consulting, specializing in college, graduate school, and medical school admissions. With a 90% success rate getting applicants into medical schools during their first round of applications (the nationwide average for medical school applicants is 40%), we wanted to know his secrets. Shirag spoke with us about the med school application process, his tips for balancing priorities, and why it’s best to not hold back.

We help with every aspect of the med school admissions process. Starting with that initial call, brainstorming what the student’s unique selling propositions are, through to editing every part of their application — from the personal statement, to the work and activities section, to the supplementals. We help develop customized school lists based on a student’s scores and where we think they’ll be a great fit. And then we’ll do interview prep. We’ll send update letters if the student is on the waitlist, or if they’re still waiting to hear back from their interviews, and we’ll advise on on where to attend if they’re deliberating between two schools. We have a virtual open door policy, so students can set up calls with us anytime, and they can email us anytime. We’re happy to chat with them and answer all their questions — there’s nothing too silly or too complex for us. We consider it a white glove service.

The med school application process is longer than any other. Are most of your students undergraduate pre-meds coming to you in their junior years?

Actually, with med school the average age of matriculation is 24. So a lot of students take gap years. Some students will apply during the summer between junior and senior year, and then they’ll go straight to med school without having any gap year, but that seems to be becoming more and more the exception as the years go by. Most students will take one or two gap years, so they’ll apply either at the end of their senior year or after their first year of post-bac. Many students will be in a job when they’re applying; either they’ll be scribing, or they’ll be taking post-bac classes to boost their grades, or they’ll be working in a research lab.

What is your personal educational background? How did you get into this field?

Growing up, I always wanted to be a physician. Then in college, I was pre-med the whole time. I graduated from Cornell with a 3.9, and I was really thinking about going to medical school. But I grew up with Tourette Syndrome, and I’ve always been interested in helping people and reducing stigma around mental health. As I was studying for the MCAT, the pull was really strong towards mental health. So I actually took a took a turn, and ended up getting my Ph.D. in Clinical Psychology at UCLA. But the whole time I have been a big admissions nerd. It really started in high school, where we didn’t have good college counseling support, so I studied everything I could find on college admissions. I’m actually still the only person from my high school, before or since, to go to an Ivy League school! I got enough scholarships to graduate debt free from undergrad and from grad school, and I got into my Ph.D. program in Clinical Psych, which is actually more competitive than medical school. Along the way, as I was having this success, people were asking “how are you doing it,” “can you help my son,” “can you help my daughter,” “can you help me.” I actually helped my brother get into medical school and get into residency! I just love admissions, because it’s really about storytelling.

What kinds of students do you typically work with, and is the process different for different students?

We work with a whole range of students. We have students who are top of the heap in terms of their scores — they’ll have a 3.9 GPA and a 521 MCAT score, and their concern is not “will I get in?” but more “where will I get in?” — all the way to students who are on the borderline between MD and DO programs. Also some students with lower grades, where DO is really the only option for them. And everything in between. The thing that really changes based on stats is your school list, so the strategy at the end of the day is the same whether you’re low or high in terms of your numbers. A customized school lists plays a tremendously large role in terms of whether or not someone gets in. Only 40% of students matriculate each year in the States, which means that 60% of students don’t get in anywhere. So there is a lot of stress and anxiety around “will I be able to get in at all,” versus college, where it’s more of a question of “where.”

Would you ever decline to work with a prospective student due to low grades or low test scores?

We never say we won’t work with you, but I am straightforward. We try to be as honest and transparent as possible. It’s very rare that we get students like that; most of the time, the students will actually come to us and say “the pre-health advising committee at my school is discouraging me from applying because they don’t know if I’ll get in,” and sometimes I wonder whether the school is protecting their own stats. Because we help students get in regularly, whom other counselors or even pre-med advising committees told not to apply. We really believe we can help students maximize odds by selling themselves well.

Pre-med students are expected to have certain qualifications — this many hours of observing, this many hours in a lab, volunteering, etc. — along with strong grades and MCAT scores. Is there a formula for balancing all of those things?

This is a layered question. Numbers are, and I imagine will always be, the foundation of med school applications. There are certain numbers you have to have to be competitive for MD programs. But most pre-med students are quite high achieving, so extracurriculars play a huge role as well — not only how you spend your time, whether or not you tick all the boxes, but where you stand out. What I tell students is, once you’ve hit the competitive minimums for shadowing hours, volunteering, clinical research, etc., it’s really about developing some sort of specialty. If you like doing research, communicate that you’re a rock star researcher, and you want your career to be in academic medicine. Then go all in on research. As long as you’ve hit your competitive minimums in shadowing, you don’t need to keep shadowing all the time. Develop that research specialty, maybe in public health, or international health, because it will make it much easier to write your personal statement and secondaries, and to do your interviews. This is where the cohesive application comes in; if the story you’re selling matches the experiences and the specialties you develop, and all of that is corroborated by your rec letters, then all of a sudden it’s a no brainer. Schools see “this student is a specialist in this category,” rather than a jack of all trades, master of none.

Going back to “competitive minimums,” what is your perspective on the MCAT? What are your thoughts on MCAT prep?

It’s necessary. I can’t think of any student that didn’t go through MCAT prep. The only question is, did they take a class, do one-on-one, or just self study. More and more, I hear of students taking a class or having a one-on-one tutor. It’s such a grueling test. There are four sections, and a ton of material to learn, so students have to study anywhere from two to three months typically. And I think there is such thing as too much information on the MCAT. I hear with some frequency that students actually over-studied material, and didn’t have enough focus on what they actually needed to know, and how to really take the test. There is a ton of science you can learn, but some of it is at a much higher level than what is actually tested. The MCAT is very targeted in certain sections of certain sciences.

Other than over-studying unnecessary material, what is a common mistake you see with med school applicants?

Playing it safe, or trying to sound too “pre-med.” Sometimes students will identify personal qualities and stories, the real reasons why they want to go into medicine, and then say “whoah whoah whoah, but I have to write the ‘pre-med’ story.” There’s always this pull to be the typical pre-med, and to share stories in a certain way. We alert students to the word “should,” and how toxic it can be. Anytime you’re writing something and think “I should write about X because that’s what they wanna hear,” that’s a red flag that you actually probably shouldn’t. You don’t know who’s sitting on the other side of the of the admissions table, so you have to make sure that you’re just being super authentic, and you’re engaging in stories, and you’re doing it in a way that describes your journey to medicine on a high level.

Are there any essay topics that you would say are off limits or overdone?

I’m a big believer that there’s no such thing as a good or bad topic, but only strong or poor execution. It’s all about writing in a way that’s not cliche, doing more showing than telling, and making sure that experiences transition from one to the other. Students will oftentimes write sort of disparate pieces, or they’ll try to cover too much, writing about eight different things rather than focusing on two or three experiences and just going all in.

What is your biggest piece of advice for medical school applicants?

Don’t hold back. Given how tough the pre-med process is, how hard the MCAT is, how much they have done, med school applicants get to this point and they don’t want to screw it up. So they are often playing a defensive game: “should I explain bad grades during my first semester,” “should I tell my rec letter writer to write X,” “should I write about X in my personal statement,” — everything is around damage control or trying to avoid rejection. Whereas when students work with us, we say, “Okay, we have a limited amount of space. We can either use it to defend ourselves, or we can tell medical schools why you’re fantastic. Which one do you want?” And the students say “I want them to know why I’m fantastic!” And so we push our students to communicate that message. Over 90% of our students get into at least one med school the first time they apply. I think the reason our students have success is that we say “Let’s not be defensive here. Let’s identify the schools where you’re going to be a right fit numbers-wise, and programmatically, and then go all in.” The people on the other side of the table are real people who have feelings, who are relatable, and they just want to know your stories. And if we do our job in telling those stories, you have a really good shot of getting in.

Are you an admissions specialist who would be interested in being featured in #AdmissionsPros? Reach out via our online form. 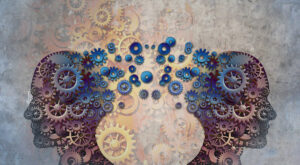